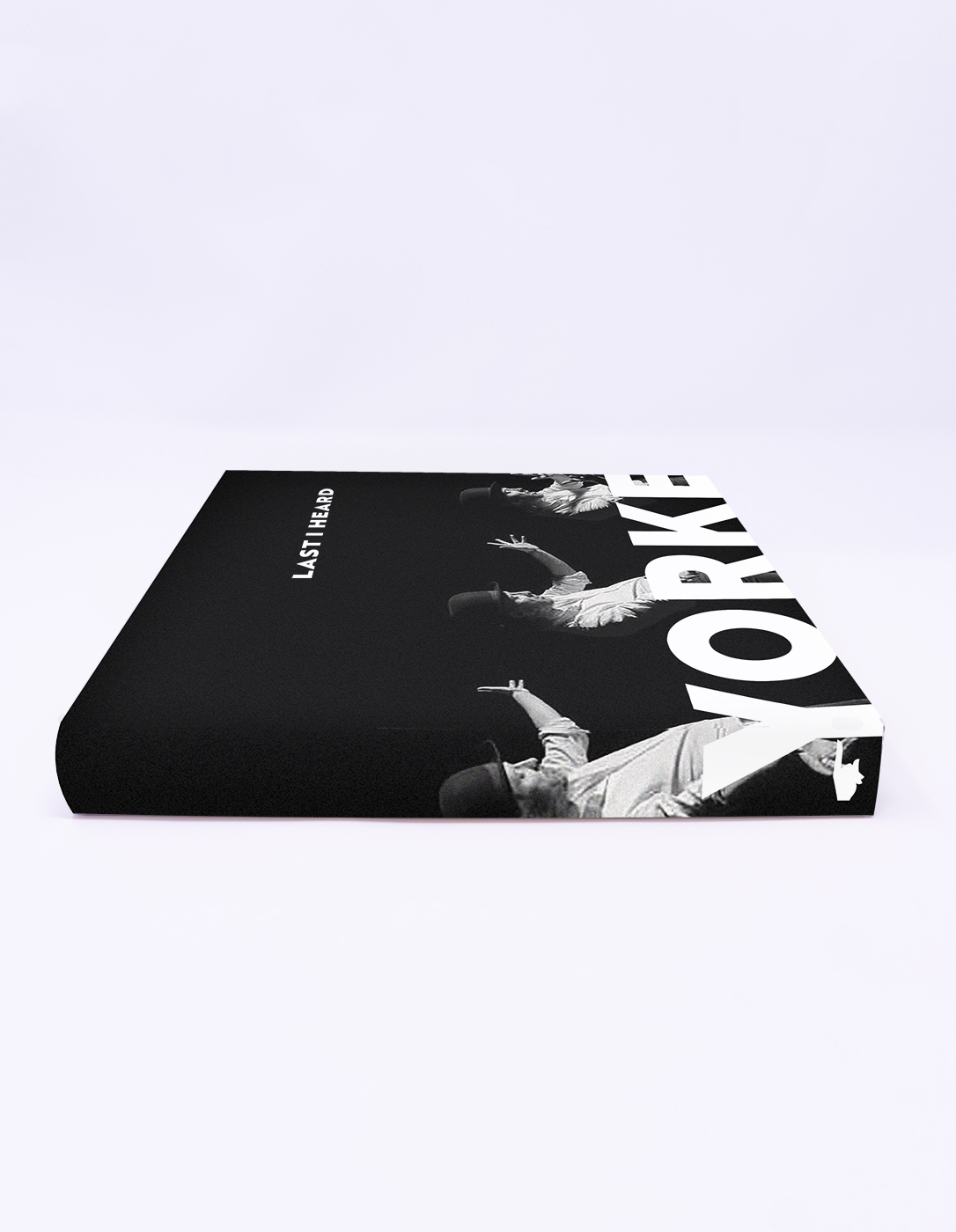 An art book on the life and work of recording artist and composer Thom York.

Thom Yorke’s work surpasses the realm of music, to visual art/cinematography and dance. His work has a strong sense of identity and style in his work, his short film Anima somehow embodies the rough decaying dystopian feeling in his past music.

The interior needed to be able to hold a large number of dark album art, posters and photos that all had their own electric bold colours.

I began with the cover, trying to find a way to incorporate the dystopian feeling, and his various mediums in one cover. So in capturing his motion in various shots assembled in a type of boomerang film strip thus pulling from his music video, his contemporary movements and calling to his short film work.
A rigid minimal and clear grid allows room for lots of type without risking overcrowding and conflicting colours, dark photos and muddy process blacks.

In one of his most peculiar motions from the Lotus Flower music video captures the oddities and contemporary styles that stay constant through his work. The Striking bold type wrapping around follows the filmstrip motion and behaves as a stage, flush to the bottom strong, holding Thom Yorke. 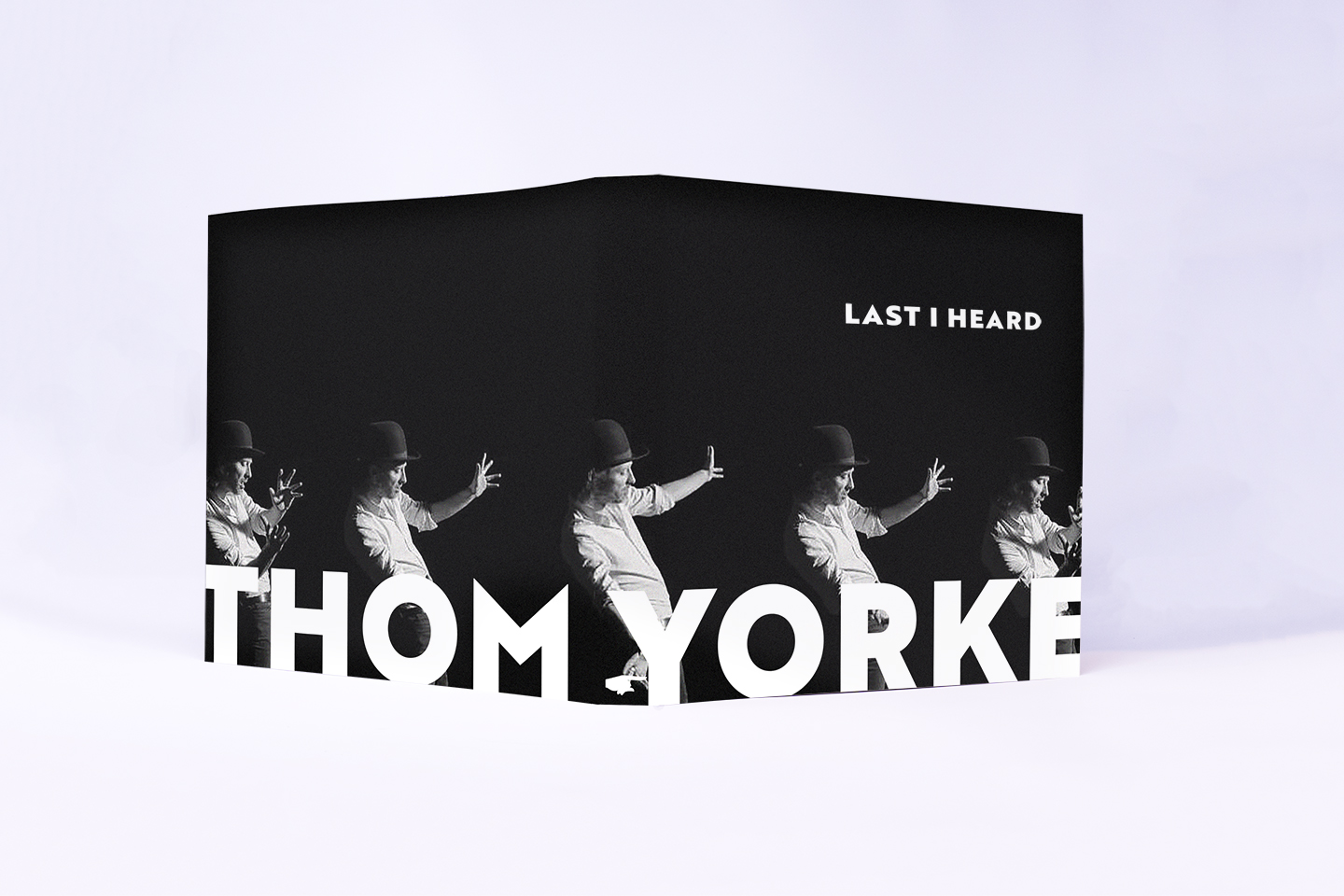